A Piece of Chinese Medicine in my Health Quest Moxa

I don’t like to take medicine unless nothing else really is an option. What I like to practice is preventive traditional medicine whenever seems meaningful. One of such is moxa, which is an important part of traditional Chinese medicine. Burning herbs in moxa help ease and promote healing. The principal reason for it to be successful is that eliminates the deficit of yang energy in our bodies. It is the energy responsible for motion and heat. The deficit of yang is usually shown through cold hands and feet. 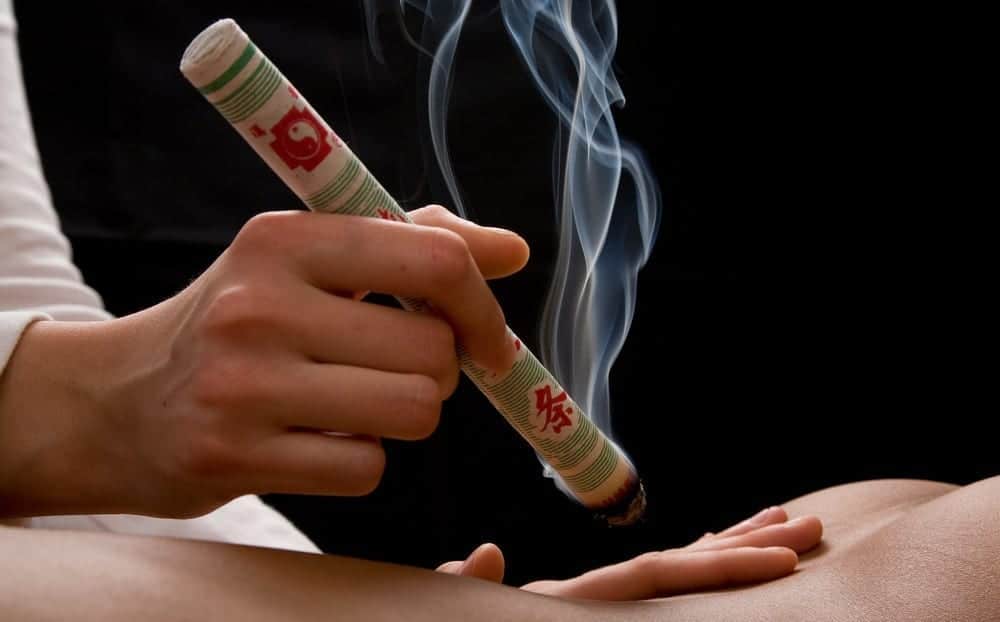 I have become familiar with it when I was looking into healing my two-year-old’s ongoing winter cough. I later learned more of its healing properties and was amazed by the extent of soars it can heal ranging from digestive abnormalities, lung problems, liver issues, conception difficulties, and more. Moxa is also called “the plant which heals 100 illnesses”. Rightfully so, as when it enters the body, it opens up all of the 12 body’s meridians, and so, it heals by improving the blood flow. The plant from which moxa is derived–ai ye–is typically used in small quantities. These vapors then radiate immense heat directly to the meridians responsible for organs which we wish to heal. It comes in the shape of cigars which are best lit with a candle (because they take a considerable amount of time to start burning) and then brought close to the body’s part where the issue derives from. Its heat is easily transferred by performing small circular motions to the particular parts of the body or the parts that have been wounded. However, the burning end is extremely hot, and you need to practice precaution to not get it in contact with bare skin. Since it can be potentially dangerous to bring it around children, a more convenient version of packaging is made for them. It comes in a packaging from the same material as a tea bag consists. It looks like those old rubber hot water bottles filled with the same herbs which when rubbed together emit heat. You then place it either on the child’s chest or back. It heats the respiratory tract. On top of it, its aroma is soothing as well. It pleasantly radiates warmth to your body long after you have stopped the moxibustion process.

Moxa therapy is especially recommended for individuals who suffer a deficit of liver energy. In other words, to those whose bodies hold on to an excessive amount of water. Usually, those individuals have difficulties coping in environments where there is a lot of moisture in the air. While you might be one of them with no particular health concern but to improve your health and wish to boost your immune system for the upcoming heat (or cold), it is recommended to burn moxa for 20 minutes for the 3 days around the equinox. The timing supposedly makes up for 3 times the strength as it normally would around any other time of the year. It can be practiced any other time for about 10-day streaks. The timing during the day doesn’t play any particular role.

I use it in cases of blocked respiratory tracts when I feel a cold coming or when I’m extremely run down. Smoking the herbs in the region of a respiratory tract makes me able to breathe deeper as a result of it. I find my overall well-being improved since I’ve been practicing it. I feel more relaxed. I also found that more seldom situations make me uneasy as I’m able to simply breathe deeply through their most crucial moments. My hands and feet are not as cold anymore through winter, and I can finally enjoy the time outside the house even when the temperatures are freezing. Those are just the benefits related to my overall health.

More from my site